For years young children have been tortured with the thought of countless hours of piano tutoring. Although there are some children that go to the piano with joy at the thought of learning a new piece, others have to be dragged kicking and screaming to the piano just to learn the basics. They complain that the piano is boring or just too hard to learn. This isn’t a trait that is exclusive to children; adults often feel the same way. Even though the will to learn is there, many people find themselves becoming bored with playing the same practice pieces over and over again. When this happens, some people become discouraged and choose to give up, when they should actually consider changing the music they’ve been playing. 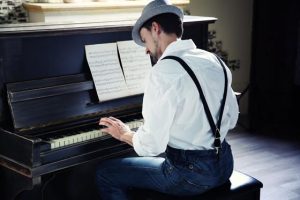 Today piano music isn’t just a bunch of boring practice pieces, where you continue to play the same phrases and stanzas over and over again. There are so many more choices to choose from that most people would never even consider trying. Some of the latest offerings in piano music include scores to television shows, cartoons and movies. If you take a moment to look over some of these pieces, you will find that many of them, especially cartoons, have relatively simple notes and melodies that even a beginner can play. Nothing can bring a smile to a beginning piano players face, faster than realizing that they can play a familiar melody or theme song that they never thought they would be able to play. So many popular songs from television and movies are available today, that you should have no problem finding a few to learn to play for your friends and family. Most of them wouldn’t be able to tell you the name of the sonata you’re playing, but they will most likely have no trouble naming the theme song from the cartoon Spongebob Squarepants or the movie Twilight.

Learning to play piano music isn’t just for the joy you can bring yourself as I mentioned earlier, but for the joy it can also bring to others. When you think of piano music, the first thought that generally pops into your brain is of someone playing in a concert hall. Although many piano players do belong to some form of symphony, the majority don’t. This means that you can let your piano playing take you to a number of different settings. Some people choose to play at home for their own enjoyment, some play in jazz or other types of bands, some work in piano bars or clubs, and some piano players choose to play for events such as weddings. The point is that piano music is very versatile, and can bring joy to many people in completely different forms.

Just remember, if you find yourself becoming discouraged over the amount of time it takes to learn to play, there are ways that you can keep yourself from becoming discouraged. Instead of playing the same practice pieces over and over again, pick pieces that are fun yet easy enough for a beginning student to learn. Younger students should also remember that playing piano music doesn’t mean that you are forced into a life of playing classical concert music, there are many other ways you can use your talents. Playing piano music doesn’t have to be for your enjoyment alone, you can use it to bring joy to so many other people. Play at weddings for friends and family, or volunteer to play music at a nursing home. The choices are endless, and just maybe you’ll realize all the hard work was worth it after all. 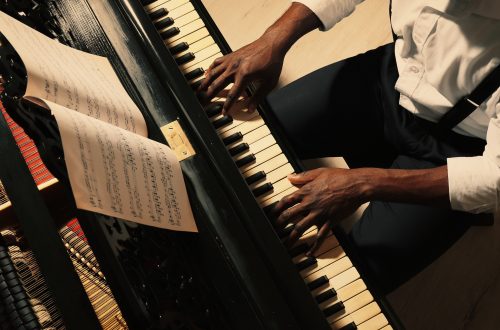 Jazz Story of the Day